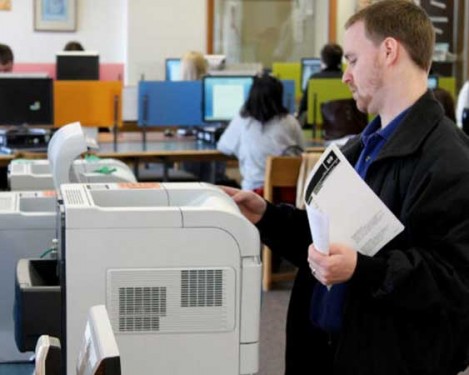 Departments can request to have managed printers set up in their offices for the exclusive use of departmental students and staff.

Users simply send a print job to a managed printer, and the printer workstation holds the job until the user is ready to release it. Students need to have money loaded on their U Cards in order to release print jobs. When released, students' Gopher Gold™ accounts are charged.

OIT will manage printer queues, release stations, printer installation packages, technical support training, and usage reports. In addition, customized services and features, including remote printing and the limiting of access to the customer’s printers, may be available from OIT on an a la carte fee basis.