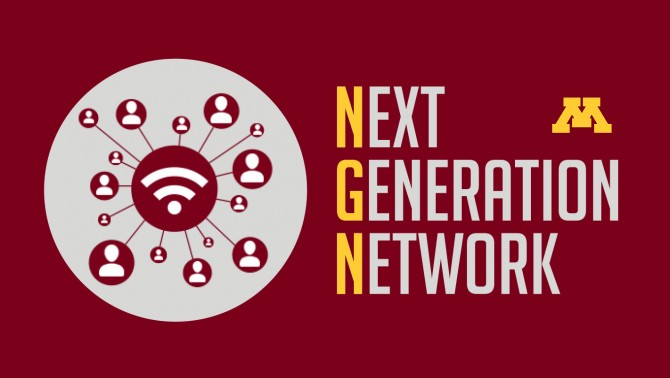 Did you know there are over 7,000 official University WiFi access points on the Twin Cities campus that are strategically placed to ensure strong WiFi is available for students, faculty, and staff in University buildings and locations? Did you also know that there are also many kinds of devices that can disrupt WiFi on campus?

Examples of rogue devices include:

A single rogue WiFi device can obstruct or even knock out WiFi for up to 6,000 square feet. Oftentimes, the owner of the device is unaware that it is emitting a WiFi signal. Even so, rogue devices interfere with University-provided WiFi, lessening the WiFi experience for everyone around them.

As a result of the Next Generation Network (NGN) project, which will upgrade all components of the University’s WiFi and wired network over the next three years, almost 200 rogue WiFi devices have been discovered and mitigated on the Twin Cities campus since May 2017. As a result, more than 1 million square feet of interference and bad WiFi service that were being caused by rogues have been alleviated on campus.

As the NGN project team continues upgrading WiFi across all University campuses, these devices are also being sought out to improve University WiFi service. If you have a personal device that operates wirelessly or may be broadcasting a WiFi signal, please contact University of Minnesota Technology Help for assistance with mitigation. Many WiFi beacons on devices can be turned off, maintaining the operation on the hardware yet reducing the disruption created by the device and improving WiFi for everybody at the University.