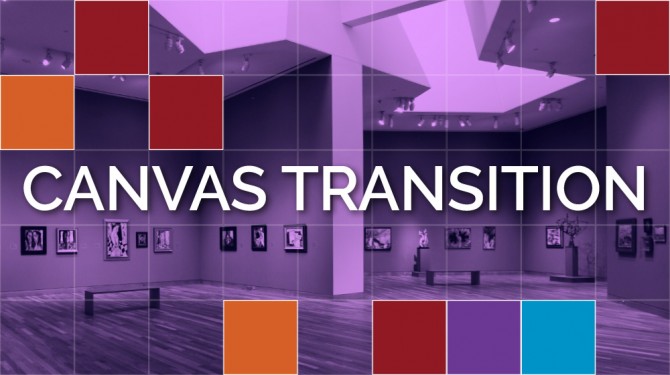 This past June, Karen Hanson, Executive Vice President and Provost, and Bernard Gulachek, Vice President and CIO, announced that the University had selected Canvas to replace Moodle as the centrally supported learning management system (LMS). Following a summer of planning, and a full semester of Canvas use by a handful of instructors, the two-year transition is well underway.

Based on Canvas usage reports and initial feedback from units, the early stages of the transition have been going well and are meeting expectations. The final data report for the fall semester showed Canvas usage at 3.5% overall, and over 7% of fall classes that used an LMS used Canvas. Total numbers included 684 classes and roughly 22,500 students seats (non-unique).

“Overall, the transition has been well received amongst the early adopter instructors and the college and campus staff who have been partnering with them throughout,” said Donalee Attardo, Senior Director, Academic Technology - OIT. “It’s exciting to see how academic units have taken ownership over their transition plans and are laying the groundwork to make Canvas successful for their unique cultures and the University.”

While the 684 courses that were taught in Canvas this fall represent just a fraction of the total courses at the University, the relatively smooth transition and adjustment to Canvas is expected to carry over into the spring as an increased number of instructors are likely to make the move. Attardo reiterated that instructors will have a variety of support options available this spring, starting with assistance from their units, help from OIT, and 24/7 phone and chat support from Canvas.

To assist with a smooth transition, instructors should begin to think about when they will start the move from Moodle to Canvas. “Even though Canvas is well known for its ease of use, with any new technology, there is a learning curve, so it’s important for instructors to take the time to ease into Canvas,” said Emily Ronning, Assistant to the Provost. “Moodle will be available through Summer 2019, but it’s never too early to start thinking about what a move requires and understanding college or campus transition plans.”

Faculty and instructors considering teaching in Canvas should reach out to their transition contacts as a first step. These contacts can provide information about campus- and school- specific transition plans, timing, and support options. Those who want to try Canvas are encouraged to request a development course site. Development course sites can easily be copied to sites ready for active instruction without losing any of the functionality.

Supporting those who are new to Canvas remains a focus for the Canvas transition team. Help resources are available on the transition website that include information on how to get started using Canvas and instructions on how to transfer Moodle sites.