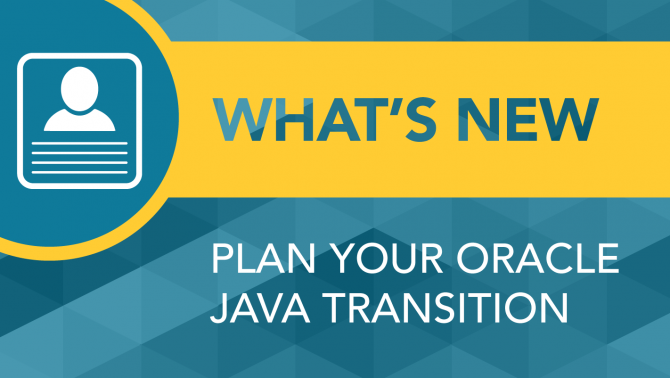 In early 2019, Oracle announced they would stop providing organizations with patches for Java without the purchase of a support subscription. Starting with Java 11, any version of Oracle Java will require a subscription to install, patch, or update on any operating systems within an organization. This change presents significant security and budgetary concerns for the University.

The University’s goal is to remove Oracle Java where it is not needed and replace it with an open-source alternative. University units, departments, and campuses should create and execute a plan to move away from Oracle Java as completely as possible.

A pilot was conducted in March 2019 that replaced Oracle Java with one of the recommended open-source alternatives on several hundred devices. These replacements were successful and non-disruptive for the majority of users.

If a unit needs Oracle Java, report the use case(s) and request licenses by completing the UMN Desktop Oracle License Request form. In order to determine the number of subscriptions needed, follow the Oracle recommendation for license counts based on unique named users, not devices.

OIT began replacing Oracle Java with an alternative solution on May 9, 2019 for aligned units at the University. For additional information, visit the project website or contact Technology Help.